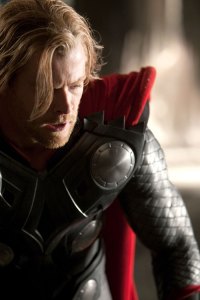 Less than a week before Iron Man 2 hits theaters, Marvel released the first image from its next big comic adaptation, Thor. Chris Hemsworth will be portraying Thunder God, Thor, alongside Anthony Hopkins and Natalie Portman in the 2011 summer flick, but you may be able to get a little teaser at this weekend’s Iron Man 2, when they reveal more about The Avengers after the credits!

TIME Reveals Their 100 Most Influential People of 2010 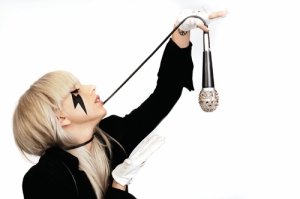 So who did Time pick? Lady Gaga tops the list as the most influential person of the year. She beat out the likes of many other huge celebs, including Conan O’Brien, Sandra Bullock, Robert Pattinson and even Oprah!
The 24 year old Lady Gaga has appeared on the popular series Gossip Girl and the musical comedy series Glee and is best known for her music, her outlandish sense of fashion and her crazy performances. You can see her May 5 when she will be a guest performer on American Idol. 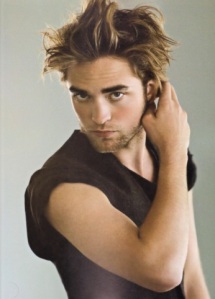 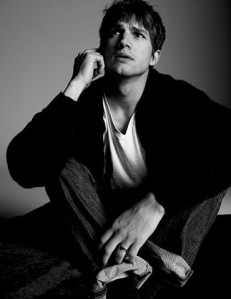 Although it seems that Echo Bravo and Foxtrot Charlie didn’t make the cut this year, you can still take a look for the complete list of the Top 100 on TIME.com 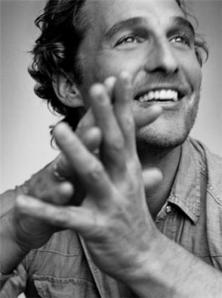 We love Matthew McConaughey, and why wouldn’t we? He’s just so darned pretty!  Word on the street is that Lionsgate just acquired the rights to legal thriller ‘Lincoln Lawyer’ and Matt has just signed on to play the lead. He will star with Marisa Tomei, John Leguizamo, Ryan Phillipe and William H. Macy as an LA defense attorney who operates out of the back of his Lincoln Continental and spends his career defending small time criminals until the case of his lifetime lands him in jeopardy. Based on the Michael Connelly bestseller, Brad Furman directs and will begin principal photography in July in Los Angeles. Could we be looking at an west coast rendition of ‘A Time To Kill’? Lets hope for an unseasonably hot summer, LA!

We Love A Moug In Uniform! 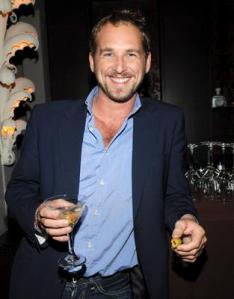 Remember this tasty little dish from Sweet Home Alabama? That’s right ladies, it’s Josh Lucas, and you can expect to see a lot more of him in the coming months!
He has four projects in the works right now, starring alongside some of T-Town’s best, including Katherine Heigl, Faizon Love, Tim Robbins, Terrence Howard and Christina Hendricks, not to mention fellow moug in training, Josh Duhamel.
Don’t want to wait to see him in theaters? We don’t blame you! You can check him out in the new thriller “Peacock” (in stores now!), where he stars alongside Susan Sarandon and Ellen Page as Officer Tom McGonigle. A hot man in uniform? We’ll drink to that! 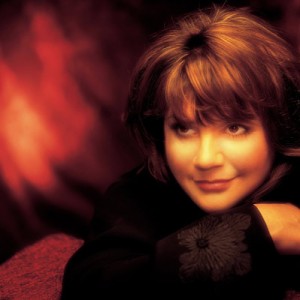 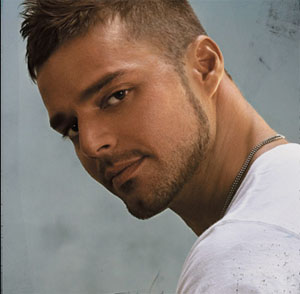 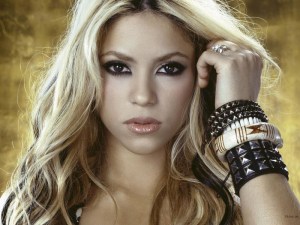 Okay, so maybe not celebs like Brad and Angelina have stepped up, but fear not Arizona…you still have Shakira, Linda Ronstadt and Ricky Martin on your side!
The new immigration law basically says that Arizona would require immigrants to carry their alien registration documents at all times. Supporters say that it is necessary to control illegal immigration. Critics say it would create government sanctioned racial profiling.
Ronstadt, a Tuscon native, said at a Capitol news conference on Thursday, “Mexican-Americans are not going to take this lying down.”
After speaking with women in Arizona who this new law would affect, Shakira stated her concern for the women and their children, saying she believes that, regarding cases of domestic violence “They’re going to live in fear to call the police or to report a crime that has been inflicted on them.”
Ricky Martin spoke out at the Billboard Latin Music Awards ceremony on Thursday saying “You are not alone. We are with you.” and added “Put a stop to discrimination. Put a stop to hate. Put a stop to racism.”
If the law passes, it will go into effect 90 days after the close of the state’s legislation session.

Conan Speaks Out About Jay Leno and NBC 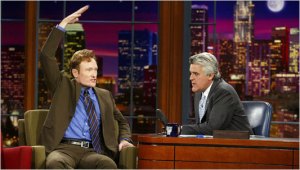 Is Conan O’Brien a bitter boy? Seems that way according his first interview since the Tonight Show, scheduled to air Sunday on “60 Minutes”. In the interview, Conan says he wouldn’t have “surrendered ‘The Tonight Show’ and handed it over to someone publicly and wished them well-and then… six months later…But that’s me, you know.” He also says “He went and took that show back and I think in a similar situation, if roles had been reversed, I know…I know me, I wouldn’t have done that.”
He later added that “Everyone’s got their own, you know, way of doing things,” and if he had been in Leno’s shoes, he would’ve “done something else, go someplace else.”
He describes leaving NBC as severing a “toxic” relationship, a relationship in which he saw no future.And although he negotiated with the network, Conan stated that he “started to feel that I’m not sure these people even really want me here.”
Not all is lost for Conan, though. You can look for his new late night show on TBS! We wish him the best! 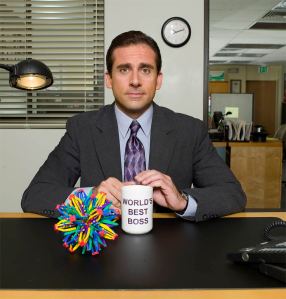 It’s hard to imagine, but Steve Carell told BBC Radio that next season could be his last on NBC’s The Office.
“(I have a) contract through next season,” when asked if he planned to continue after his contract was up? “I don’t think so. I think that’ll probably be my last year.”
Carell started in 2005 on The Office as crazy office manager Michael Scott and has since starred in comedies such as “The 40 Year Old Virgin” and “Date Night” putting him on the map as one of America’s most loved comics.
Although we are sure to see much more of this talented star for long into the future, what would The Office be without Michael Scott? Sure, we would still have Jim, Pam, Dwight and the rest of the cast, but how will they continue without their fearless leader? Would they even continue the series? Lots of questions and unfortunately not many answers right now, but we will definitely keep you posted! 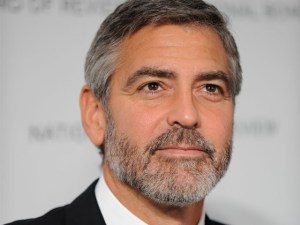 The word on the street is that earlier today the swank Italian villa owned by everybody’s favorite Hollywood Mougar, George Clooney, was roped off as soldiers searched the area surrounding the home for bombs. The soldiers, sent from the Italian Navy, were following a tip from a local fisherman. Apparently close to five-hundred pounds of World War 2 era bombs were found near the star’s home. The soldiers’’ plan is to collect the arsenal, which includes hand grenades and mortars, and detonate them in nearby caves (have fun guys!)

So how is George handling the bomb threat near his villa? He’s handling it the way that a guy who owns an Italian villa handles things! The cool-headed mougarific Clooney is hanging out in Hawaii where he is currently filming a new movie called The Descendents (let’s hope it’s not a bomb!)

Kinnear and Holmes To Be The Kennedys 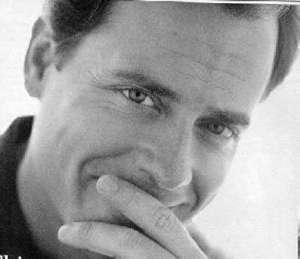 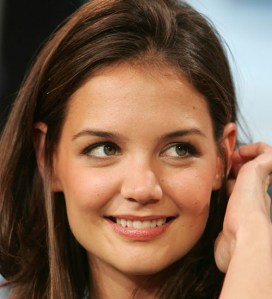 Wednesday The History Channel announced that Greg Kinnear and Katie Holmes have been cast as the leads in The Kennedys, the networks first ever scripted miniseries. The channel has said that the 8 hour saga  will focus on the family’s personal drama along with major events of their time. Look for it on The History Channel in 2011. 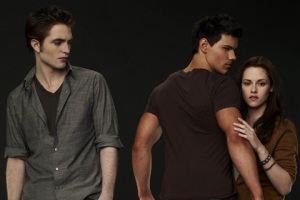 On Wednesday, Summit Entertainment announced to Access Hollywood that they have chosen Bill Condon to direct “Twilight Saga: Breaking Dawn”. Oscar winner Condon has directed films in the past such as “Gods and Monsters”, “Kinsey” and “Dreamgirls”.
While Summit still will not confirm a release date or whether or not the final installment of the series would be made into one or two films, they did confirm that screenwriter Melissa Rosenberg has begun working on the script.
In a statement made to Access Hollywood, Bill Condon stated that he was “very excited to get the chance to bring the climax of this saga to life on-screen” and “As fans of the series know, this is a one-of-a-kind book-and we’re hoping to create an equally unique cinematic experience.”
The third installment of the series, “Twilight Saga: Eclipse” will hit theatres June 30.